Riverton is a city in Salt Lake County, Utah, United States. It is part of the Salt Lake City, Utah Metropolitan Statistical Area. The population was 38,753 at the 2010 census. Riverton is one of the fastest-growing cities in the state of Utah, and was ranked by CNN Money Magazine as the 60th best place to live in the U.S. in 2005.
Riverton shares city borders with South Jordan to the north, Draper to the east, Bluffdale to the south, and Herriman to the west. According to the United States Census Bureau, the city has a total area of 12.6 square miles (32.6 km²). The city is located in the Southwestern corner of the Salt Lake Valley about twenty miles (32 km) south and slightly west of Salt Lake City. Riverton City receives an average of 15.76 inches (400 mm) in precipitation each year. Snow can be seen in the winter, while during the summer temperatures occasionally break 100 °F (38 °C). Riverton has grown rapidly in the last few years, when transforming it from a rural farming town into a suburban city. Businesses, housing, and roads have replaced many of the farms and cattle ranges. 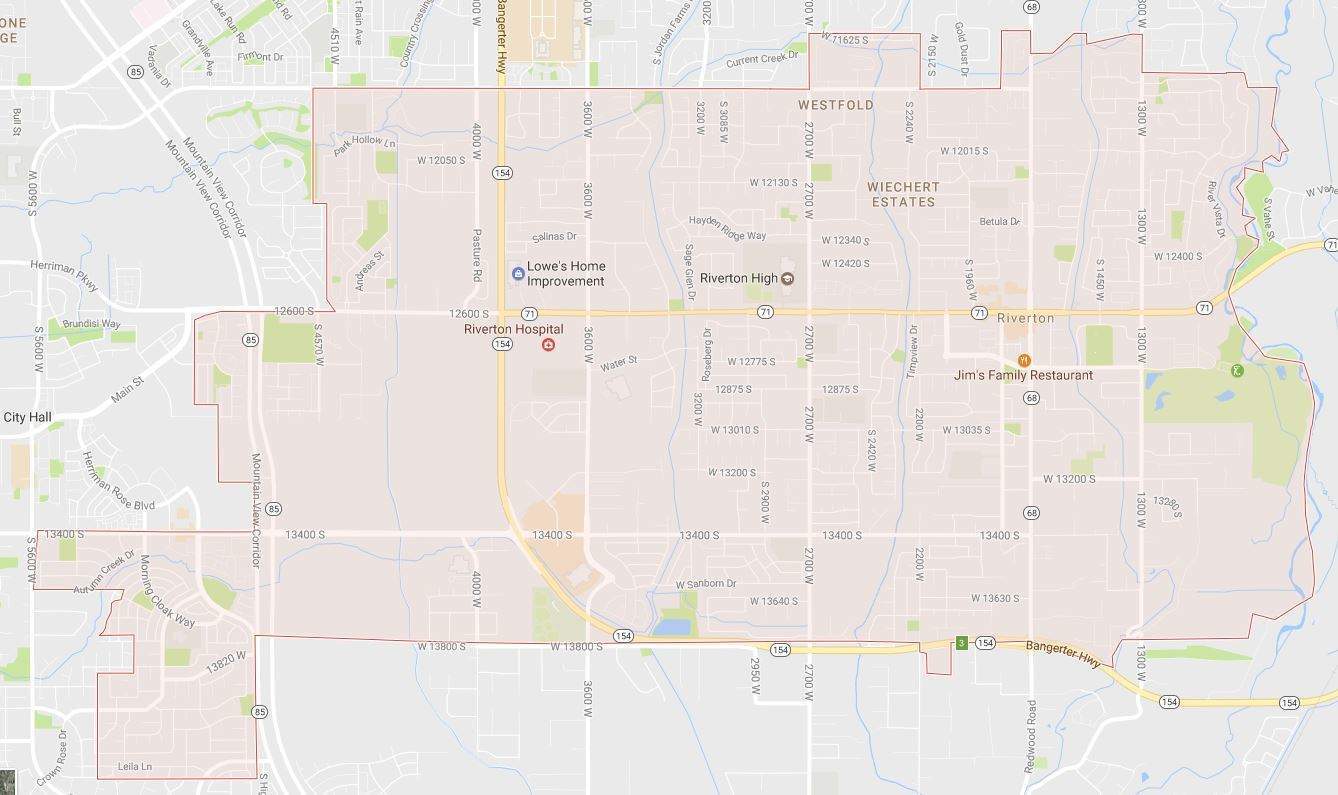