Draper City is located in the southeast corner of the Salt Lake Valley, with the Wasatch Mountain Range on the east and the Traverse Mountain Range on the south. The city is 18 miles south of Salt Lake City and 28 miles north of Provo. The Salt Lake International Airport is 21 miles north of the city. Draper is located 20 minutes from world-class skiing at Alta, Snowbird, Brighton and Solitude and 30 minutes to Park City.
The city owns more than 3,200 acres of land in Corner Canyon and in SunCrest. There are 90+ miles of cycling, hiking and equestrian trails. At the Point of the Mountain you can experience hang gliding or paragliding at one of the most well-known and best sites in the world and the largest hang gliding school in the nation.
The city is known for high-quality, single family neighborhood and has more than 14,000 households. The population of Draper on the 2010 Census was reported at 42,274. The adjusted population for 2014 was reported at 46,202. The estimated population figure for 2015 is approximately 47,000+.

Draper is the 10th largest city in the state in land area, encompassing 30.3 square miles. 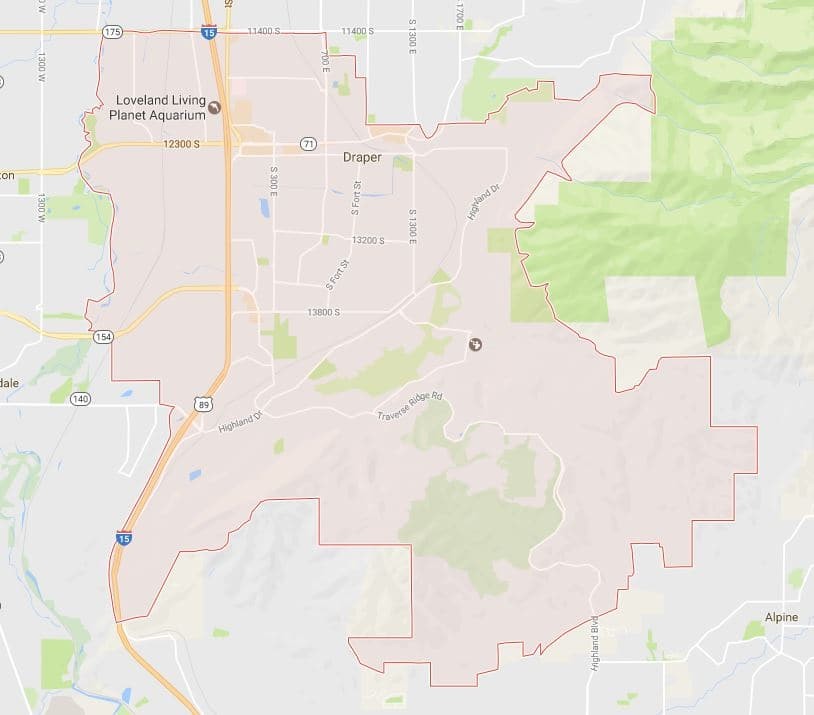 Let Us Help You Find your Dream Home Today!

Active homes for sale in Draper